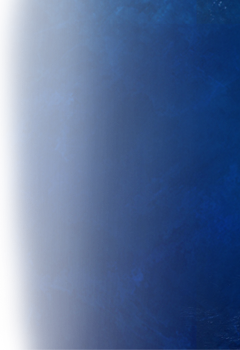 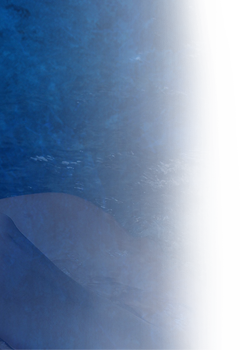 Part of the largest adult broadcasting company in the world

Over 16 years of experience in broadcasting in Europe

Reliable and trusted supplier of adult content for many years

Part of the largest adult broadcasting company in the world

Over 16 years of experience in broadcasting in Europe

Reliable and trusted supplier of adult content for many years

The world’s top actresses, alongside new starlets combine with content from the top producers such as DDF, Ten Productions, 3rd Degree Films and many others to offer a viewing experience not available anywhere else.

Hustler TV is just what you would expect from the biggest and most powerful brand in hardcore Adult Entertainment in the world:
It is explicit, yet exciting, steamy, hot, and famous for being Best International Adult Channel.

Hustler TV carries over 40 different genres and a programming selected from an interesting variation of American and European productions.

These include content from the hottest, most popular adult films released from the world’s top adult studios and producers, like New Sensations, DDF Productions, Jules Jordan, Elegant Angel, Exquisite, Devils Films, Digital Sin, Zero Tolerance and many, many others.

Hustler content is renowned for being the benchmark of adult entertainment.


Hustler TV has a minimum of 34 brand new première features per monthly schedule, something no other hardcore entertainment channel can boast, which is why Hustler TV is broadcasted by the biggest and most reputable platforms across Europe.

The most famous and powerful adult brand in the world, Hustler is offering Hustler HD as a premium channel featuring exclusive studios and showing new premiers every day.

Only the best stars, top popular themes, and the most modern genres, all in high definition and all of which will blow your mind!

Hustler HD premiers a brand-new feature every day starting at 23:00 CET and a double première feature is shown every Saturday also starting from 23:00 CET, which comes down to a minimum of 34 première features per monthly schedule.

Private SD offers a wide range of high-quality genres and themes 24/7, varying from the hottest amateurs to the award-winning, top performers in the industry today.
With exclusive content shot in high definition, always starring the newest and the best worldwide talent, Private SD is the first stop for all porn enthusiasts.
Your subscribers will be the first to see all of Private’s latest films, including all the blockbuster-releases! 24/7 programming includes Classics, Premium niche content, Best Offs, Auditions, and the renowned Private Gold features.
With more than 50 years of European adult entertainment expertise, and a firm understanding of adult programming, Private SD is the ideal complement to Hustler TV in your offer!

Barely Legal TV features a 24-hour stream of newbie babes exploring all their flirty fantasies. Our girls do not play nice...they are all grown up and ready to please every day of the week.
Join the fun and let sexually curious co-eds show you why Barely Legal TV is always a blast!
Brought to you exclusively by Sapphire Media International – Where customers come first!

REDLIGHT TV is the European brand devoted to sexy, high-quality entertainment for adults.

Started in 2004, the REDLIGHT brand quickly became very popular in the adult TV entertainment marketplace. Redlight HD has been the first FULL HD linear channel launched on Eutelsat HotBird 13° East. The video expertise was the foundation of the success of the channel that in few years became distributed on the main DTH platforms in Europe.

Redlight HD is specially designed for TV’s platforms, maximum depth of the images, intense and bright colours to improve the audience experience.

The programming is based on:

• A daily playlist based on 24 hours starting from 23:00 CET
• 20 hours fresh premiere contents per month, a wide selection of material able to attract a multiple viewer’s audience
• Native contents to increase the image’s quality on screen

The database can count thousands and thousands of hours of premium quality contents, featuring in particular LegalPorno, DDF Network, XTime Videos, DBM Videos and many others studios.

You can check our daily schedules on: http://cables.redlighttelevision.com/schedules/

Private HD offers a wide range of high-quality genres and themes 24/7, varying from the hottest amateurs to the award-winning, top performers in the industry today.
With exclusive content shot in high definition, always starring the newest and the best worldwide talent, Private HD is the first stop for all porn enthusiasts.
Your subscribers will be the first to see all of Private’s latest films, including all the blockbuster-releases! 24/7 programming includes Classics, Premium niche content, Best Offs, Auditions, and the renowned Private Goldfeatures.
With more than 50 years of European adult entertainment expertise, and a firm understanding of adult programming, Private HD is the ideal complement to Hustler HD in your offer!

New, unique, and exciting programming. Fresh from the Studios, proven in outperforming all competitors on the market.
Sapphire Media International B.V. has been operating in the Adult Entertainment business for a decade and we strongly believe that the success of any VOD service is based on the close collaboration between the operators and the content provider.
Adult is one of the key genres of every VOD Service. The Adult genre often outperforms the other genres, but it is essential that there is a good selection of genres and that the library is refreshed on an ongoing basis.
We have an extensive knowledge of the available product on the European and American Markets, access to the largest releases and new talent, knowledge of the legal requirements, have strong relationships with the largest production houses.
Our programming is specifically selected to maximize buys, we recommend and select titles based on the buy’s reports, so that every operator has their own customized Adult VOD selection. While titles are in English, the artwork and synopsis can be supplied in local language.

This, and much, much more on Private January 2021

This, and much, much more on Private January 2021

Sapphire Media International is Content and Channel distributor and active on the European Market since the beginning of this millennium. Company started as Private Blue and Gold Broadcasting B.V. It distributed Private Blue and Private Gold channels. Soon afterwards XXXtreme channel came followed by Amature Babes and Daring! TV. Strong pan European network was build and in 2005 Private Blue & Gold was approached by Larry Flynt group in order to organize the distribution of its flagship Hustler TV channel across Europe. The Company was transformed to Sapphire Media International B.V. in 2006. In less than a year Hustler TV became the most widely distributed adult network in Europe. Stunned by this tremendous success, LFP group acquired Sapphire Media end of 2006 and entrusted them with organizing the distribution of the rest of the LFP channels portfolio. In addition to the LFP channels, Sapphire Media is also trustworthy partner of the Private TV and RedLigh TV.

Larry Flynt is an outspoken and world-renowned defender of First Amendment rights and Chairman of the HUSTLER® brand of properties. These include the luxurious HUSTLER Casino and the Larry Flynt’s Lucky Lady Casino, both in the Los Angeles suburb of Gardena; the HUSTLER Hollywood retail stores, with 28 locations across the US; LFP Broadcasting, with its HUSTLER TV services available on channels and VOD platforms in over 60 countries; the LFP Publishing Group, including the prominent HUSTLER magazine; over 30 Web sites in the LFP Internet Group; LFP Product Licensing, which works with best-in-class businesses to produce HUSTLER merchandise, including apparel, accessories, novelties and more; HUSTLER Video, a worldwide leader in adult entertainment; and the famous Larry Flynt’s HUSTLER Clubs.

Throughout his career, Flynt has been involved in numerous legal battles regarding the regulation of free speech in the United States. In the most prominent of these, he won the milestone 1988 U.S. Supreme Court case, HUSTLER Magazine v. Falwell, after having been sued by Rev. Jerry Falwell in 1983 for an ad parody that had appeared in the publication.

In an historic, unanimous ruling, the High Court held that the interest in protecting free speech surpasses the interest in protecting public figures’ emotions and reputations. In 1996, Columbia Pictures released the critically-acclaimed film, “The People vs. Larry Flynt,” with actor Woody Harrelson in the title role. Harrelson’s performance earned him Academy Award and Golden Globe nominations. The film was directed by Milos Forman and co-produced by Oliver Stone. Flynt has authored four books: The Secret Life of Ronald Reagan (1984, Hustler Press); An Unseemly Man, My Life as a Pornographer, Pundit and Social Outcast(1996, Dove Books); Sex, Lies & Politics, The Naked Truth (2004, Kensington Books); and One Nation Under Sex (2011, Palgrave Macmillan).

Flynt has been married five times and has five children. He and his wife, Elizabeth, live in the Hollywood Hills. His Company is headquartered in Beverly Hills, CA.

*All fields are required

I do not Accept
I Accept